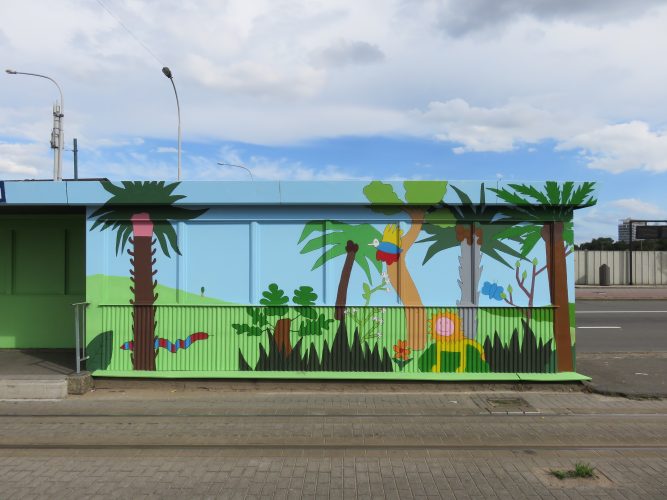 The Antwerp district asked artist and illustrator Robby Decorte to brighten up several tram stops, in collaboration with the children of the Brederode neighbourhood. Youth work group Kras Zuid and primary schools De Nieuwe wereld and De Zonnebloem worked together with the artist. During various workshops, about 75 children drew their colourful version of “the world in miniature” on paper. Decorte processed all these drawings into two designs that will eventually adorn the tram stops at Zuid station.

The not-so-pretty waiting houses at the station Antwerpen-Zuid will get a makeover between the 6th and 15th of August. This initiative is also part of the broad learning environment network and street art policy of the City of Antwerp.

In the first design, life takes place underwater, between the coral reef. The other stop is hidden in a real jungle, full of plants and animals. The artist provides a place where travellers can relax in a pleasant atmosphere amidst the Antwerp hustle and bustle. 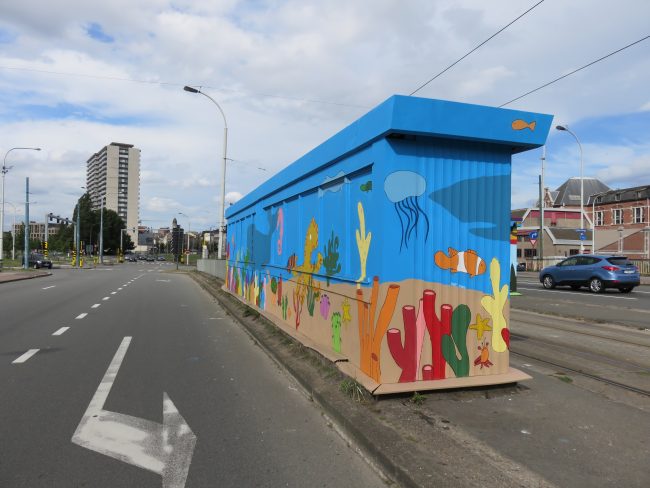 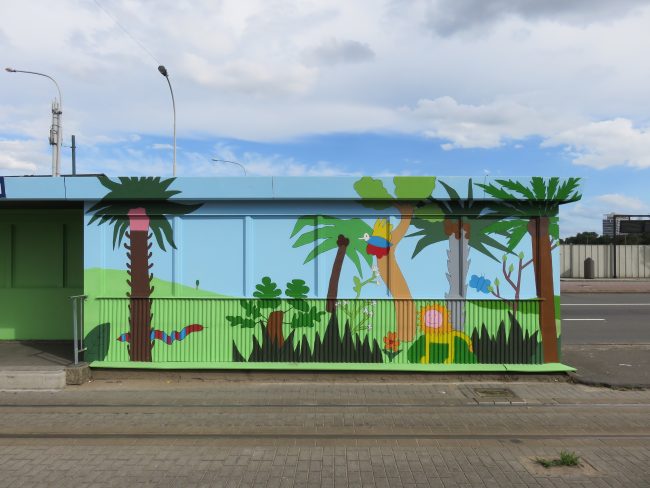 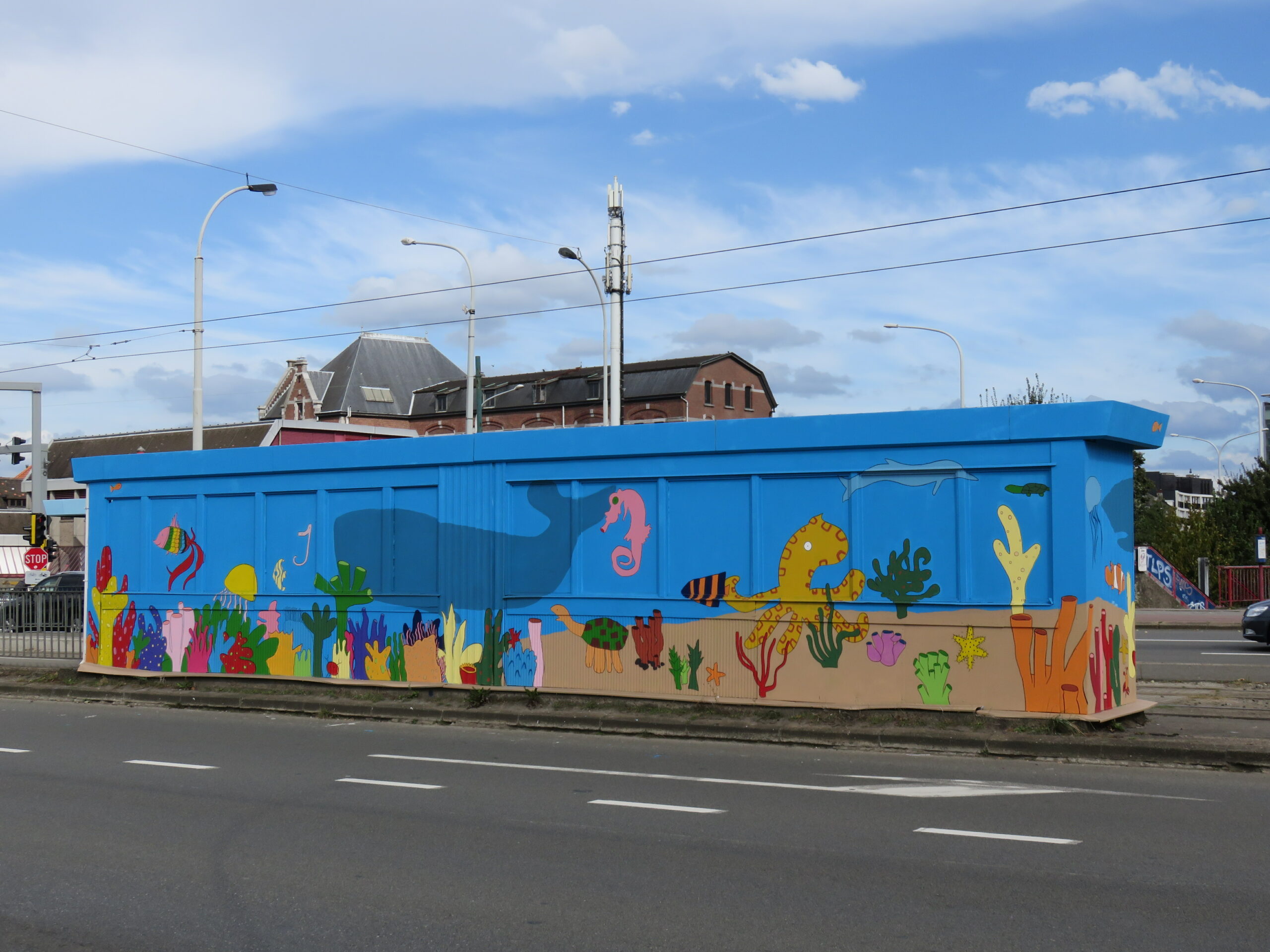 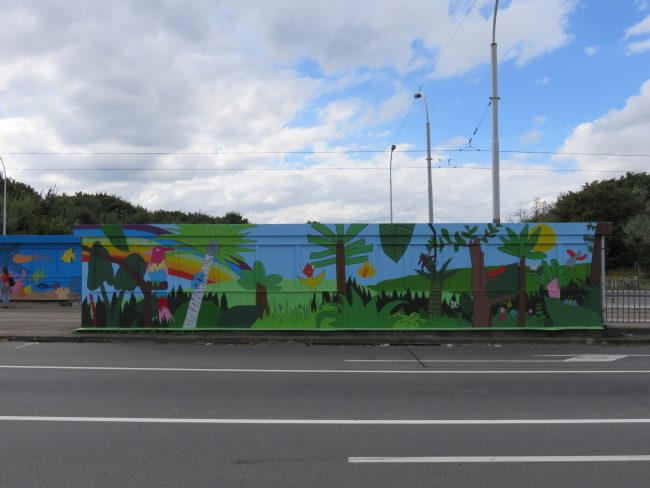